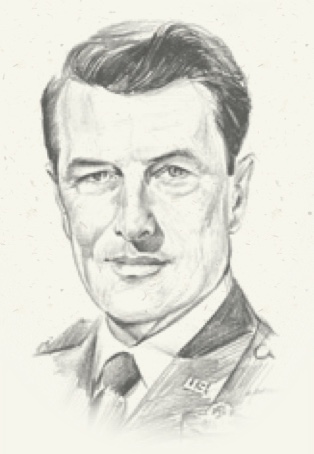 Commanded the 17th Fighter Squadron of the 5th Fighter Group in the China-Burma-India Theater during World War II where he completed 67 combat missions and destroyed four Japanese aircraft before his plane was shot down by ground fire in May 1945.

Interned as a Japanese POW from May 1945 to the end of World War II.

Won the Harmon Trophy and Octave Chanute Trophy in 1957.