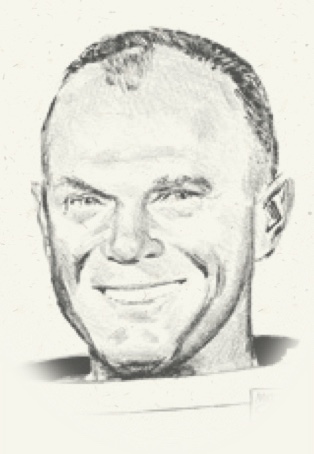 Served in the Marine Corps during World War II and the Korean Conflict, flying a total of 149 missions.

The first American to orbit the Earth in Friendship 7 in 1962.

Selected as one of America’s first seven astronauts in 1959.