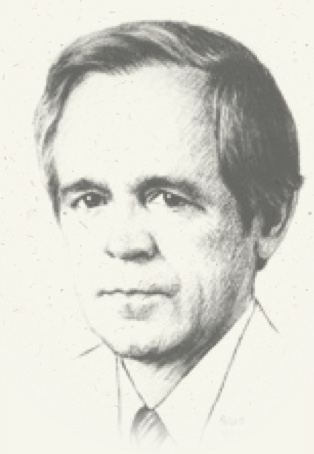 The inventions of Dr. Sam Williams have proved vital to both military and commercial aviation. Without his invention of the small gas turbine engine, the cruise missile and affordable business jet aircraft would not have been possible. However, Williams’ most noteworthy achievement was that he accomplished all of his achievements on his own. In an era when companies bid for government contracts, Sam Williams constructed the product first with private funding and always anticipated need, delivering projects ahead of schedule.

Statement from the NAHF on the passing of aviation legend Sam Williams
The National Aviation Hall of Fame mourns the loss of 1998 enshrinee, Dr. Sam Williams, who passed away on June 22 at age 88. Dr. Williams exemplified the resourcefulness and ingenuity of our honorees – dating back to the Wright Brothers and Charlie Taylor – whose pioneering achievements forged new paths in the sky. Dr. Williams is also fondly remembered for fostering a spirit of inventiveness and creativity, as well as a lifelong commitment to education. We are ever grateful for his early support of the NAHF Learning Center, and proud to feature the Dr. Sam Williams Jet Age Gallery among our interactive displays.

Sam Williams was born on May 7th, 1921 in Seattle, Washington. He grew up in Columbus, Ohio where his love of working with mechanical devices began.

In 1942, Sam graduated from Purdue with a degree in mechanical engineering. He then joined Chrysler and played a key role in the design of a Navy turboprop and the history-making automotive gas turbine, for which he received numerous patents.

In 1954 Sam established Williams Research Corporation, today known as Williams International, in a rented warehouse in Birmingham, Michigan. The company had only three employees. While studying accounting and management at night, Williams and his team developed a series of prototype engines for a turbine-powered boat, a lightweight helicopter, and an Army jeep.

In 1959, he moved to his permanent location at Walled Lake, Michigan. By the 1960s, Williams International was in production with a miniature turbojet engine for target and reconnaissance drones and had developed a strong management and engineering team. Later, Williams produced an APU for the Navy’s S3A anti-submarine aircraft and a turbojet engine for the Navy’s BQM-74 target drone.

In 1968 Sam patented a small, fanjet engine which powered the Bell Flying Belt. This engine was the forerunner to modern cruise missile engines. Sam’s privately funded work convinced the Air Force and Navy that these engines were feasible to propel missiles over great distances at low altitude. His inventive genius made cruise missiles possible, and to date cruise missile engine production has exceeded 6,000. Today, the world recognizes the Tomahawk cruise missile as the technology star of Desert Storm.

Early in this production program, Williams International expanded its facility in Michigan, and created a dedicated production facility in Ogden, Utah. At that time, the company demonstrated the Williams Aerial Systems Platform. Its unique ability to lift-off vertically, hover, and fly in and around areas and terrain previously inaccessible by manned flight have never been duplicated. By 1972 Williams International had also demonstrated various gas turbines in Volkswagen and American Motors automobiles.

Dayton’s own U.S. Air Force Museum displays a number of systems made possible by Williams engines, including the Air Launched and Advanced Cruise Missile; and the Tacit Rainbow Missile. In the late 1980’s another Williams engine was used in the Tri-Service Standoff Attack Missile.

Williams International technology has been applied to the subsystem power unit for the Comanche helicopter, the primary power systems for the Heliwing and CL-327 Unmanned Aerial Vehicles, and as a turboalternator in a General Motors hybrid electric vehicle.

In the past twelve years, Dr. Williams has turned his team’s talents to developing a highly reliable, yet low-cost fanjet engine for trainers and business aircraft. Sam took the first step towards revitalizing depressed U.S. markets with his privately funded development of the FJ44 fanjet engine. By significantly reducing the part count and automating manufacturing processes, the FAA certified FJ44-1 and -2 engines are being produced well below the price of previous jet engines, with noise and emission levels substantially below federal requirements. To spur on the general aviation industry, Sam and his team designed and exhibited a full-scale mockup of a business aircraft sized to use the FJ44.

The Swedish Air Force also used the FJ44 was also used to re-engine its SK-60 trainer aircraft, demonstrating clearly a U.S. technology lead over foreign competitors. In the early 1990’s, Williams International began research to further increase thrust-to-weight ratio in small engines, and further reduce cost. In 1996, NASA and Williams signed a cooperative agreement launching the General Aviation Propulsion Program aimed at further revitalizing the U.S. general aviation industry. Their goal was to produce as many as 10,000 of these aircraft each year.

To generate interest in this GAP engine, Sam designed an innovative aircraft and again had Burt Rutan refine the design and manufacture a proof-of-concept prototype. This prototype demonstrated the type of general aviation aircraft that can be produced using this new class of lightweight, low cost, high performance turbofan engines.

This aircraft, the six-passenger V-Jet II, was demonstrated at Oshkosh and is comparable in cost to today’s piston-engine-powered light aircraft. Most general aviation private pilots dream of being able to afford an aircraft with fanjet performance. Williams’ vision is to make their dreams come true.

Dr. Sam Williams received the Collier Trophy in 1978; the Wright Brothers Memorial Trophy in 1988; and the President’s National Medal of Technology in 1995.

Sam Williams is one of this nation’s most prolific inventors. His inventive genius and entrepreneurial spirit have made it possible for the U.S. to maintain its world technological leadership in precision strike weapon systems and to dominate the general aviation market.