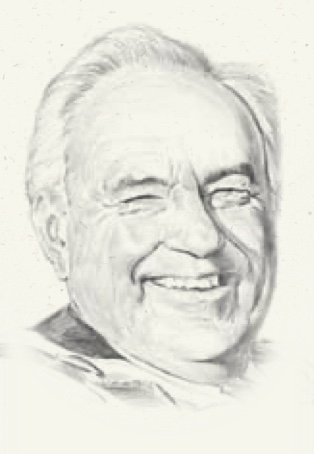 Earned his Learjet rating in 1964 and became a dealer demo pilot and salesman.

Started the first executive jet charter service west of the Mississippi in 1968 after he leased a Learjet. In 1970, he purchased his first Learjet for Clay Lacy Aviation, establishing operations at Van Nuys Airport.

Clay Lacy Aviation soon became known as “Hollywood’s private airline,” carrying celebrities and executives quickly and safely around the world. Adding other aircraft types and services, he later expanded operations with a second location at Seattle, where he also did a significant amount of business filming for the aerospace industry in the region.

Made the first flight of the “Pregnant Guppy” â the modified Stratocruiser needed by NASA to ferry stages of the Apollo’s Saturn booster.

Pioneered the use of the Astrovision camera system (developed by Bob Nettmanon) on his first Learjet, revolutionizing air-to-air filming. Lacy personally flew the multiple camera-configured Lear and filmed for Top Gun, The Right Stuff, the IMAX Operation Red Flag: Fighter Pilot, and dozens of others.

Won the Unlimited Class in 1970 at the controls of his purple P-51 Mustang. That same year he flew a DC-7 jetliner in a 1,000-mile air race, hitting 60 to 70-degree banks around the pylons and coming in sixth, out of 20 entries.

Holds a number of aviation world records dating back to his Air Guard service in F-86 Sabrejets. In 1988, Lacy flew 747SP Friendship One around the world in 36 hours, 54 minutes and raised more than $500,000 for children’s charities. In 1995, he piloted a modified Gulfstream on a record-setting flight from Los Angeles to Paris, where the jet â equipped with newly designed winglets â then went on display at the Paris Air Show.