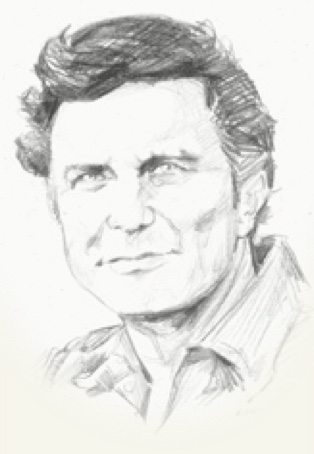 Attempted to join the Naval Air Corps, but was sent to maritime officers’ school and then to the Pacific, Atlantic and Mediterranean theaters during World War II.

Received an Emmy for his leading role in “The Game”, an Oscar for Best Actor for “Charly”, and he was selected to portray President John F. Kennedy by the President himself in “PT-109.”

Advocated for general and military aviation and was a highly respected and sought-after speaker at many aviation events. He gave more non-compensated speeches to groups on behalf of aviation than any other celebrity.

Awarded the L. P. Sharples Award from the Aircraft Owners and Pilots Association for his significant contributions to general aviation, the EAA’s “Freedom of Flight” award in 1987, and the Veteran of the Year award by the American Veterans Association in 2003.

Helped organize an effort to fly food and medical supplies to war ravaged Biafra, Nigeria in 1969 and when a famine hit Ethiopia in 1978, Robertson again organized relief flights of supplies to that country.

Took an active part in the Cliff Robertson Work Experience Program where each summer, two youths were invited to Oshkosh through the EAA Air Academy and worked for ground and flight instruction.

Served as honorary chairman of the EAA’s Young Eagles program.

Helped kick off the EAA’s campaign, “Vision of Eagles”, a unique set of initiatives designed to educate, motivate and provide direction to young people through aviation-based activities.