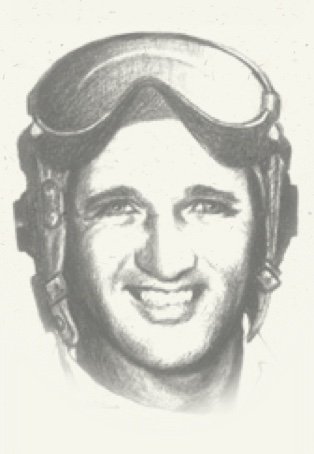 Assumed command of Air Group Fifteen, a.k.a. “Fabled Fifteen,” in 1943. During their tour of approximately seven months and more than 20,000 hours of operations, this group destroyed more enemy planes (318 airborne and 348 on the ground) and sank more enemy ships (296,500 tons sunk) than any other air group in the Pacific war.

Became the top-scoring Naval fighter pilot of World War II after he destroyed 34 airborne enemy planes, the greatest number of enemy planes that an American pilot ever shot down during a single tour of combat duty, as well as 20 planes on the ground.

Awarded the Medal of Honor by President Franklin D. Roosevelt in 1945.

Received the Navy Cross, the Silver Star Medal, Legion of Merit, and the Distinguished Flying Cross.

Ordered to Buenos Aires, Argentina, where he served as the Senior Naval Aviation Advisor to the Argentine Navy from 1948 to January 1951.

Assumed command of the Naval Air Technical Training Center at Jacksonville, Florida in 1953 and became Flight Test Coordinator at the Naval Air Test Center in Maryland a year later.

Commanded the USS Severn and USS Bonhomme Richard until he was assigned to the Joint Chiefs of Staff in Washington, D.C. in 1960.

Became the Assistant Deputy Chief of Staff for Operations to the Commander in Chief of Continental Air Defense Command in 1962 and remained there until he retired from the Navy in 1964.