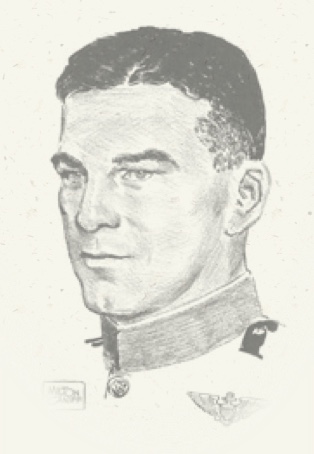 Flew 63 combat missions during and scored five official victories- making him the Navy’s only World War I Ace.

Elected to the Ohio legislature in 1926 where he co-sponsored the Ohio Aviation Code, which became the model for many other states.

Appointed Assistant Secretary of the Navy for Aeronautics by President Hoover in 1929. Ingalls tripled the number of naval aircraft and the hours flown by Navy pilots all without recording a single fatality. He also pushed for a fully deployable carrier task force.

Became a good friend of Charles Lindbergh and helped him solve navigation and communication problems in charting new air routes to the Orient for Pan American Airways.

Made Vice President and General Manager of Pan American Air Ferries in 1939 where he directed the ferrying of American-built warplanes to Allied bases all over the world.

Became chief of staff for the Forward Area Air Center Command based on Guadalcanal, where he directed the transport of vital supplies to the Allies in the Pacific. After serving as Plans Officer for the Navy’s South Pacific Air Force, Ingalls became commander of the Pearl Harbor Naval Air Station, a major terminal for military air transport services.

Served as Vice President of Pan Am in charge of its overseas operations after World War II.