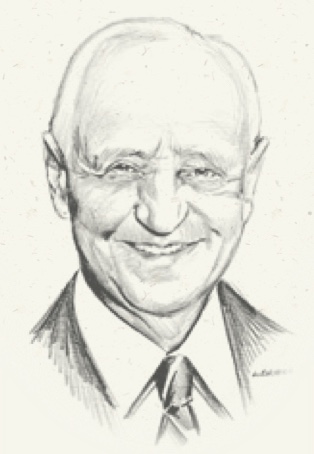 Began flying as a barnstormer with Tex Rankin’s Flying Circus.

Compiled information from city and county engineers, surveyors, farmers, road maps and from his own mountain and smokestack climbing to create maps and charts for flying. At the time, pilots used Rand-McNally road maps to help guide them as no adequate navigational guides for pilots existed. Jeppesen decided to print copies of the material and allow his friends to buy the manual for $10 each. The business grew so much, that it was necessary to move into a building near the Jeppesen’s home.

United bought Jeppesen’s service for their pilots and the U.S. Navy adopted his “Jepp Charts,” as they were called, to be its standard flight manual during World War II.

Flew with United Airlines until 1954.

Sold his firm to the Times Mirror Publishing Company of Los Angeles in 1961 but remained as President and later Chairman of the Board.