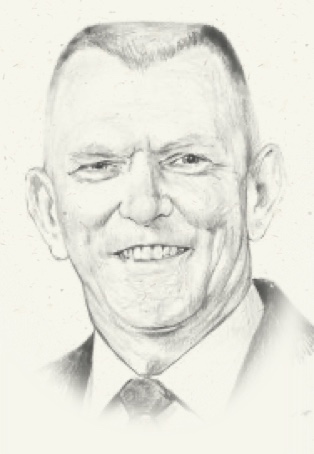 Moved to Air Reserve status following his tour in Korea and became a civilian flight test engineer for McDonnell Aircraft, developing the Quail Decoy Missile system for the B-47 and B-52 aircraft.

Responded to a magazine ad indicating that NASA was seeking engineers for Project Mercury and, two weeks after being hired, was selected by NASA’s first flight director, Christopher Kraft (enshrined 2016), to work in flight operations.

Wrote the “Go/No-go” countdown and mission procedures for Atlas and Mercury launches.

Assigned as the Procedures Officer for all early Mercury missions and, following John Glenn’s Mercury 6 mission, was promoted to Assistant Flight Director for the remaining Project Mercury and the first three Gemini flights.

Promoted to Flight Director for Gemini in 1965.

Named the Chief of the Flight Control Division where he was involved in the planning, procedures, training, and conduct of mission operations by the Apollo teams. With the increased division leadership responsibilities, he continued his Flight Director role but supporting only the odd numbered Apollo missions- including the Apollo 11 mission.

After the oxygen tank explosion on the Apollo 13 module, Kranz and his mission control team led the urgent and complex planning and procedures effort that led to the safe recovery of its crew. For their heroic efforts, the astronauts, mission control teams, and supporting personnel were recognized by President Nixon with the Presidential Medal of Freedom.

In 1974, Gene was promoted to Deputy Director of NASA Mission Operations and became its Director in 1983 where he was responsible for more than 6,000 employees with an annual budget of approximately $700 million.

Constructed an acrobatic bi-plane and flew as the flight engineer for a B-17 Flying Fortress at airshows. His autobiography, “Failure Is Not An Option,” was published in 2000.