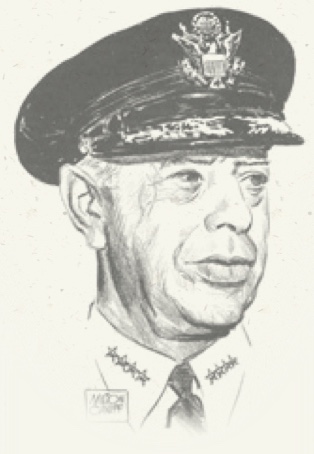 Attended engineering school at McCook Field, Ohio after World War I and pioneered the mounting of machine guns on warplane wings to increase firepower.

Developed low altitude attack tactics and the parachute fragmentation bomb as an instructor at the Tactical School.

Had an outstanding grasp of what today is called “operational art” and how airpower could be used to complement the operations of land and sea forces. Many considered Kenney to be the most accomplished combat air strategist of World War II.

Became commander of the Far East Air Force in 1944.