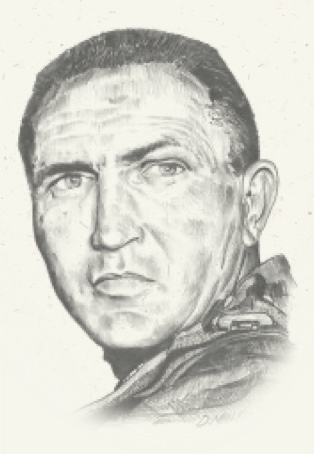 Commanded the ROTC unit at St. Louis University and served as assistant professor of aerospace science from June, 1959 to August, 1963.

Served for two and a half years as an Air Force Advisor to the New York Air National Guard at Niagara Falls Air Force Base.

Volunteered for a tour in Vietnam in 1967 where his first assignment was in South Vietnam as an F-100 Assistant Operations Officer at Tuy Hoa Air Base. After 72 missions, in June 1967 he was reassigned to become the first commander of the Misty Super FACs at Phu Cat Air Base.

Was shot down after 67 missions over North Vietnam where he was captured. He managed to escape after a few days, but was recaptured near Quang Tri City two weeks later. By the time of his release on March 14, 1973, he had survived 2,028 days as a prisoner of war.

Presented with the Medal of Honor by President Ford in 1976.

Retired from active duty on December 9, 1977, with 6,000-plus flying hours and nearly 70 medals including the Air Force Cross.

Instrumental to Congress in establishing TRICARE for Life for career military retirees over the age of 65.