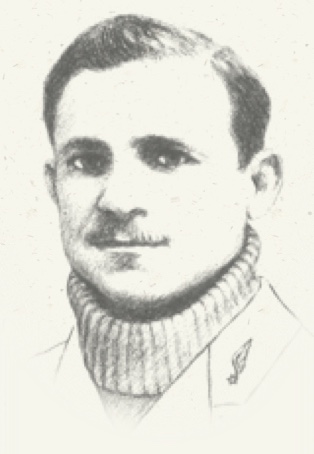 Went to France with accomplished pilot, Marc Pourpe in 1914 to join the war effort. Pourpe pulled some strings to make Lufbery his personal mechanic.

Joined the Lafayette Escadrille, a unit composed of American volunteers, in 1916 and within three months he had five official kills. Lufbery thus became America’s first ace. His official kill record is 17, but unofficially it is much higher.

Became combat instructor of the American “Hat in the Ring” 94th Pursuit Squadron, the same squadron as Edward Rickenbacker (enshrined 2004), in 1918.

Developed fighter tactics such as the Lufbery Show (also known as the Lufbery Circle)  in which the flyers formed a circle with each plane protecting the plane in front.

Killed while attacking a heavily armed Albatross bomber on May 19th, 1918.