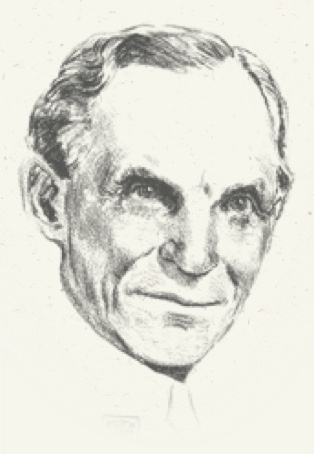 Invested in the Stout Model Airplane Company in 1923 which perfected an all-metal air transport. In 1925 he purchased the company, renamed it the Ford Airplane Manufacturing Division and initiated the development of a three-motor airliner to increase passenger safety and operating revenue.

Ford purchased several of the air transports in 1925 to establish the world’s first regularly-scheduled airline devoted to the business needs of a single company.

manufacturer of commercial aircraft at the time.

Mass produced the B-24 Liberator during World War II.