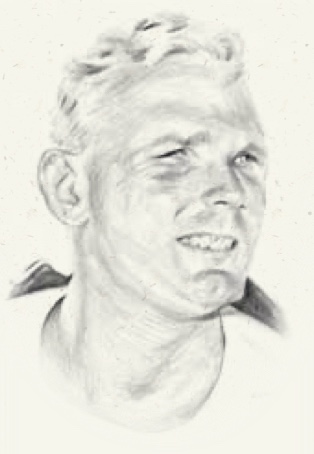 Was an accomplished pilot and proficient at acrobatics by the time he received his pilots license at age 16.

Participated in the Air Force ROTC program at Purdue University and formed a flying club with the World War II veterans on campus.

Arrived in Korea in September 1951 where he was assigned to the 325th Fighter Interceptor Squadron. In January 1952, he was transferred to the 25th Fighter Squadron, equipped with the F-86E.

Began a 10-month course at the Empire Test Pilots’ School in Farnborough, England in 1954.

Finally received his dream assignment in 1955, Flight Test Center at Edwards Air Force Base, California where he tested the new Century series fighters and often flew as “chase plane” alongside the experienced pilots in the experimental aircraft.

Awarded the 1956 MacKay Trophy for his September 7th flight.

Selected as the primary Air Force pilot in 1957 for the new X-15 rocket plane project.