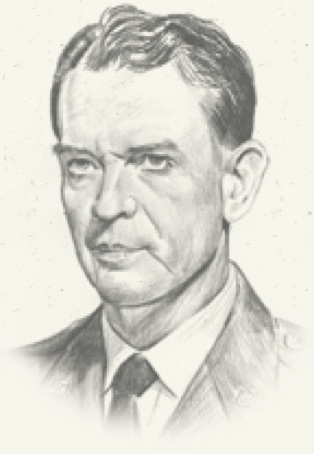 Received orders to the Flying Training School at Kelly Army Air Base in Texas, where he earned his pilot wings in May 1942.

Ordered to the Consolidated Vultee plant in Fort Worth, Texas, where his initial assignment twas to conduct acceptance tests on four-engined B-24 Liberator bombers. Soon thereafter, he was assigned to both the B-24 and B-32 programs, and then the B-36.

Named project engineer of the project team that would attempt the world’s first supersonic flight. Ridley’s task was to analyze all of the technical data that was generated during the X-1 flights as it proceeded toward the unexplored region of supersonic flight.

Awarded the Commendation Ribbon for meritorious achievement by the United States Air Force.

Became Chief of the U.S. Air Forces’ Flight Test Engineering Laboratory where he carried out the research and engineering phases of all of the experimental flight test programs assigned to the AFFTC. This included overseeing such details as the human factors program and the weighing and balancing of aircraft.

Established training and indoctrination procedures for new military and civilian flight test engineers and is still credited for creating the Flight Test Center’s basic philosophy in use today.

Became a member of the U.S. Military Assistance Advisory Group.