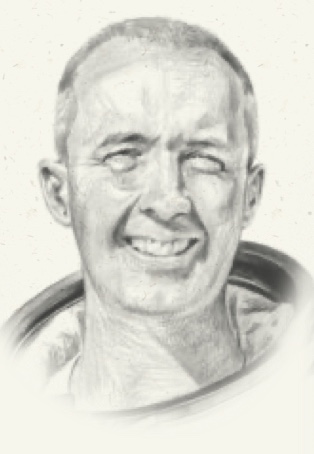 Assigned to the 35th Fighter-Bomber Squadron in 1952 where he flew 145 combat missions in both F-80 and F-86 jets, and earned three Distinguished Flying Crosses, five Air Medals, and the Chung Mu Order of Military Merit from South Korea.

Graduated in 1959 with a degree in Aeronautical Engineering from the University of Michigan.

Selected by NASA for astronaut training in 1962.

Served as commander of Apollo 9 where he and his crew were the first to demonstrate the entire set of Apollo flight hardware on their ten-day earth orbital flight. The Apollo 9 team made the first lunar module flight, the first test of the Apollo spacesuits, the first rendezvous between the lunar and command module, and made the first joint operation of two manned spacecraft in orbit. Their success was vital to that of Apollo 11’s lunar landing, just four months later.

Became manager for the Lunar Landing Operations in the Apollo Spacecraft Program where he was responsible for planning the lunar landing missions after Apollo 11.

Promoted to the manager of the entire Apollo Spacecraft Program in 1969.

Retired in 1995 with over 5,000 flight hours as a combat and test pilot and over 14 days in orbit as an astronaut.