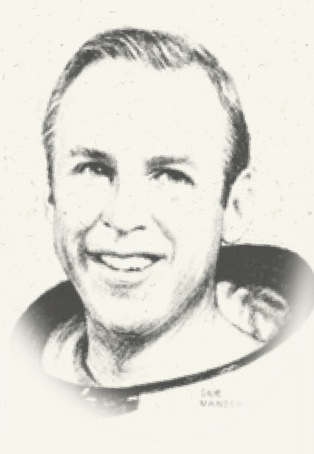 Graduated from the United States Naval Academy with a bachelor of science degree in 1952.

Served as program manager for the F4H Phantom Fighter.

Logged over 5,000 hours flying time as a Naval test pilot.

Selected by NASA in 1962 to serve in the second group of astronauts for the Gemini program.

Launched on his first space mission with Frank Borman (enshrined 1982) on Gemini 7 in 1965. One of the achievements of this mission was the first rendezvous in space when Gemini met up with Tom Stafford (enshrined 1997) and Wally Schirra (enshrined 1986) in Gemini 6. Gemini 7 was also a record-breaking endurance flight in which Lovell and Borman orbited for over 330 hours.

Served as Command Module Pilot and Navigator for Apollo 8. The flight, launched December 21st, 1968 was the first manned flight using the Saturn 5 rocket. It was also the first mission to pass outside of the gravitational pull of the Earth and the first to orbit under the moon’s gravity.

First astronaut to make four space flights (Pilot of Gemini 7; Commander of Gemini 12; Command Module Pilot of Apollo 8; and commander of Apollo 13) and the first man to journey twice to the moon.

Served as Commander of Apollo 13 but the mission was aborted when an explosion in a liquid oxygen tank crippled the Service Module.The astronauts had to construct an improvised filter system to remove the dangerously high levels of carbon dioxide. Without the skill and courage of the three astronauts and the ingenuity and dedication of those below on Earth, the three men would have died in space. Much to the relief of the nation, the three splashed down and were recovered safely on April 17th, 1970.

Named deputy director for science and applications at the Johnson Space Center in May 1971.