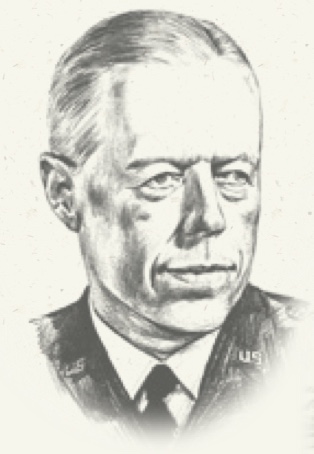 Enlisted in the Air Corps in 1939 and, in July 1940, received a commission as a Second Lieutenant in addition to his pilot wings. Meyer received an assignment to the Eighth Air Force in England where he commanded the 487th Fighter Squadron and led it into combat during World War II.

Served as the Deputy Commander of the 352nd Fighter Group and became the leading American Ace in Europe with 37.5 aircraft destroyed in the air or on the ground. By the end of the war he had flown 200 combat missions with 462 combat flying hours.

Commanded an F-86 Sabrejet group in Korea where it flew in the First United Nations Counteroffensive and Chinese Communist Forces Spring Offensive campaigns. While in Korea he increased his combat victories to 39.5.

Became commander of the 12th Air Force Tactical Air Command in 1963 which provided tactical air units for joint logistic and close air support training with Army ground units stationed in the Western half of the United States.

Made USAF Vice Chief of Staff in 1969 and Commander in Chief of the Strategic Air Command in 1972.

Received the Frank Hawks Memorial Award in 1973 for his many contributions to aviation.