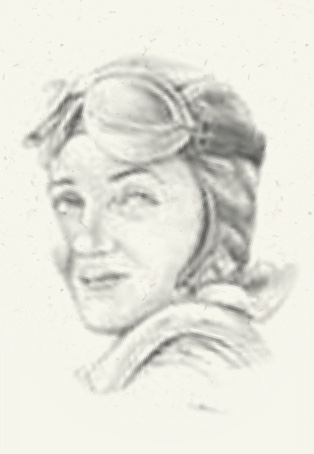 Started at Beechcraft and then Waco selling aircraft before she took a job with Inter-City Air Lines, a Fixed based operation owned by Robert Love.

Won an appointment with the Bureau of Air Commerce as a pilot for the national air marking program.

Helped develop the tricycle landing gear while working as a test pilot for Gwinn Aircar in Buffalo.

Proposed the Air Corps Planes Division in 1940, headed by Lt. Col. Robert Olds, in which experienced women pilots could be used to fill the growing need for qualified ferry pilots.

Qualified as the first female pilot in the Army Air Forces (AAF) on September 7, 1942.

Appointed as the leader of the new Women’s Auxiliary Ferrying Squadron (WAFS) in the Air Transport Command’s Ferrying Division in September 1942.