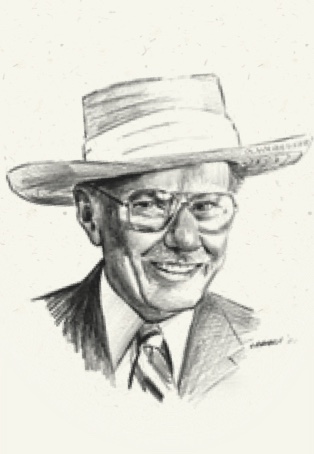 Learned to fly at Nashville’s Berry Field and taught himself aerobatics.

Assigned to Casablanca, Morocco where he tested planes before they were sent into combat.

Assigned to the 52nd Fighter Group in Corsica and flew 58 missions before he was shot down off the coast of southern France and spent sixteen months in a German prisoner of war camp.

Was in the Flight Evaluation Group at Wright Field, Ohio after the war where he flew captured planes and the latest USAF aircraft.

Selected to be an alternate pilot for the Bell X-1 and flew the chase plane as his close friend, Chuck Yeager (Enshrined 1973), broke the sound barrier on October 14th, 1947.

Began a 36 year association with North Aviation and Rockwell International in 1950.

Only person to serve two terms as president of the Society of Experimental Test Pilots.

Captain of the 1966 U.S. Acrobatic Team at the international competition in Moscow.

World renown aerobatic pilot and his P-51 in a main attraction at the Reno Air Races.

Established a coast-to-coast record in 1985 flying a P-51 from Daytona Beach to Los Angeles in 5 hours and 20 minutes.