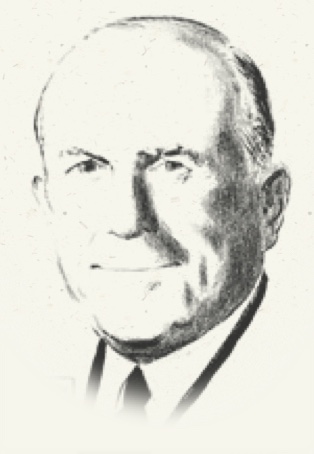 Appointed to the United States Naval Academy and graduated in 1933 with a bachelor of science degree.

Accepted to the United States Naval Aviation Training School in 1935 and successfully completed his flight training in 1936. He was then assigned to Fighting Squadron 1-B (VF-1B) that same year.

Assigned to the United States Strategic Bombing Survey of Japan team for the Office of the Chief of Naval Operations in 1945 and became Executive Officer of the Naval Aviation Ordnance Test Station at Chincoteague, Virginia in 1946.

Assumed command of the 7th Fleet in 1962 and was awarded the Navy’s Distinguished Service Medal for his exceptional performance in this capacity.

Became commander in chief of the Pacific fleet in June, 1964.

Assumed command of NATO’s Allied command, Atlantic and the US Atlantic Fleet in 1965. He was the first naval officer to have served as commander-in-chief of both the Atlantic and Pacific fleets.

Named Chief of Naval Operations in 1967.

Nominated to serve as chairman of the Joint Chiefs of Staff on April 14th, 1970.