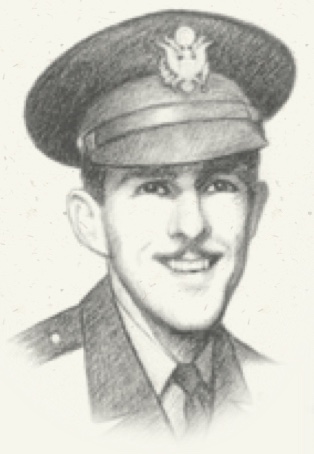 Enlisted in the United States Army Air Corps Aviation Cadet Program six months before the Japanese attack on Pearl Harbor. He earned his wings in 1942 and was transferred to Alaska during the early Aleutian campaign.

Joined the first all P-38 equipped 431st Fighter Squadron in the 475th Fighter Group and, after a year of combat flying, he earned ace status in just two days. McGuire also flew several combat missions with Charles Lindbergh (enshrined 1967) between June and August of 1944.

Temporarily grounded in late 1944 as McGuire was nine aerial victories away from Major Richard Bong (enshrined 1986), the U.S. Army Air Forces’ top Ace who had forty victories. At that point, Lt. Gen. George Kenney ordered Bong home. McGuire soon closed the gap between his score and Bong’s record on Christmas and the following day in 1944 when Major McGuire downed seven Japanese fighters. These victories left him but two aerial victories behind Bong. Fearing that McGuire would surpass the homebound hero before he even arrived stateside, General Kenney summarily grounded McGuire until Bong had received his welcome home.

Awarded the Congressional Medal of Honor posthumously in 1946 for his heroic acts during his final mission and for the missions of December 25-26th, 1944.