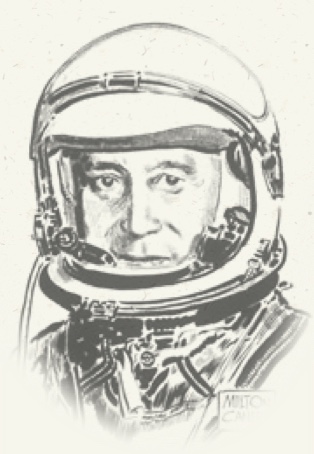 One of seven men selected by the National Aeronautics and Space Administration (NASA) in 1959 to be trained as astronauts for its Project Mercury manned spacecraft program.

Made the second suborbital flight in his Mercury-Redstone 4 (MR-4) spacecraft, “Liberty Bell 7.”

Made the first manned orbital flight of the Gemini series on March 23, 1965, with John Young (Enshrined 1988).

Selected to be Crew Commander for the Apollo 1 mission. Although Grissom, Ed White, and Roger Chaffee  perished during a simulation test, Grissom once told Walter Cunningham (enshrined 2018), “The conquest of space is worth the risk of life.”