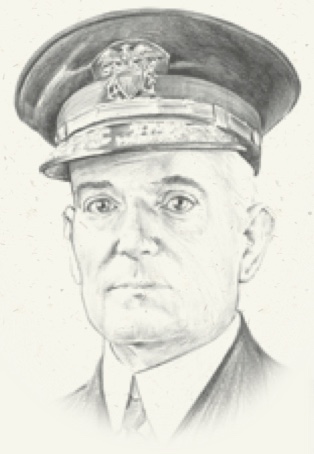 Entered the U.S. Naval Academy and graduated in 1890.

Awarded the the Congressional Medal of Honor for his bravery on the morning of April 22, 1913 where he landed a party of sailors and Marines at Vera Cruz. Throughout the day, Chester provided gunfire support while under constant small arms fire.

Assigned to Washington as Director of Aviation in the Office of the Chief of Naval Operations.

Aided in the establishment of the Bureau of Aeronautics and served as director where the Bureau commissioned three aircraft carriers.

Secured funding support from Congress for the development of modern aircraft and engines.

Worked closely with Boeing, Grumman, Consolidated and other aircraft manufacturers to use the latest technologies and development of shipboard catapults and seaplanes.

Recognized as the “Father of Naval Aviation.”