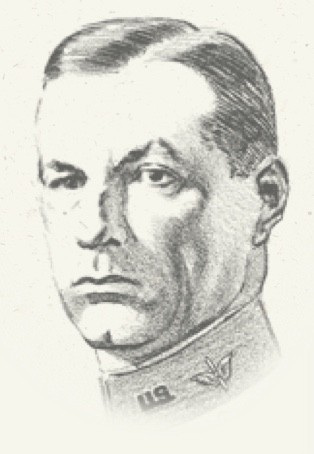 Became the youngest captain in the U.S. Army at age 23 and the youngest officer ever assigned to the General Staff of the War Department in Washington at 32. He was one of the first to understand and advocate the need for a stronger and more independent Air Force.

Learned to fly in 1916 and commanded an aviation section in the Signal Corps.

Organized 98 squadrons into pursuit, bombers, and observation over 80 miles to support the St. Mihiel offensive.

Served as the unofficial leader in the struggle for the recognition of air power, and in 1925 he was court-martialed for his view, controversial statements and articles regarding air power.

Posthumously awarded a special Medal of Honor in 1946 by Congress.